Rochford Market 2021 © All information and images contained in this site are subject to Copyright and may not be copied and/or used in any other website or publication without express permission.

These three items of history, all can be seen in the Market Square These three items of history, all can be seen in the Market Square

Areas of interest in and around Rochford for the visitor - 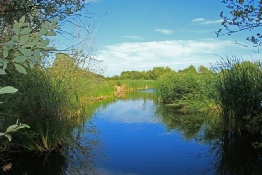 Throughout its history the town of Rochford has had links with Royalty and none more so than the stately home of Rochford Hall. Rochford Hall was built in the 16th century and was considered one of the grandest buildings in the country until it was ravaged by fire in 1760. Rochford Hall has a prestigious history and in its heyday in the 16th and 17th centuries was the centre of a wide and important social circle. In 1515 Rochford Hall became the property of Sir Thomas Boleyn of Norfolk. His daughter, Anne, was to become the second wife of King Henry VIII who visited the Hall 13 before their marriage in 1533. Any exploration of Rochford should include this spot and although the interior is private; any visitor is free to examine the Hall’s exterior. The hall has been restored and is used as the home of Rochford Golf Club.

When visiting the Hall don’t forget to also visit St Andrews Church the only church in England which sits in the middle of a golf course (for details on this church go to page 18) Follow the footpath from the Hall and dodge the balls, to admire the fine old church of St Andrew, richly endowed by the wealthy families who occupied the Hall.

Rochford is surrounded by history and historic buildings and in South Street, Rochford, lies a most impressive thirteenth century timber-framed house. It is of much interest, having undergone a major programme of restoration. It is certainly a jewel in Rochford’s crown and harbours a good many secrets.

‘The Old House’, as it is locally known, is the oldest surviving building in the area and has been designated a Grade I listed building. Its age is comparable only to that of Canewdon church and Prittlewell Priory. To look at the geographical position of these three buildings is to realise that they have always been important local landmarks. They form a straight line from north to south and it is likely that a major routeway connected them. Rochford District Council bought The Old House in June 1982.

To view more details about The Old House, select HERE and to find out how and when you can visit it, please select HERE.

The fishing ponds on Doggetts Nature Reserve have long been known by local people as “the Bobbin'”. The name comes from the fact that these ponds were said to have been used by witch hunters to prove the guilt of women, and a few men, accused of witchcraft or sorcery.

So, although today the “Bobbin' ” ponds are a tranquil area where people walk, fish and enjoy the nature reserve, they have a grizzly past. It would be interesting to know how many innocents lost their lives here just because they lived or behaved in an unusual way. Nicknames can go back a very long way. 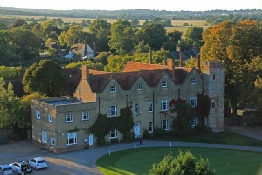 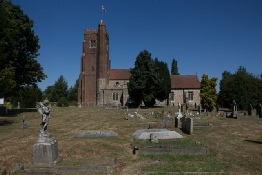 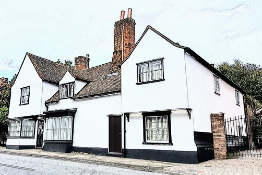