Southend was Rochford’s biggest rival.   Rochford’s town centre became shabbier and shabbier, as Southend’s attraction became all too apparent in the neglected street of the Market town.

Negotiations began to reinstall the market, to attract the spending crowds back to Rochford.   A plan that was initially blocked by Rochford traders finally went ahead, after extensive local media coverage.   The new market, established by Reginald Janes and David Reeve opened on the 11th October, 1977. 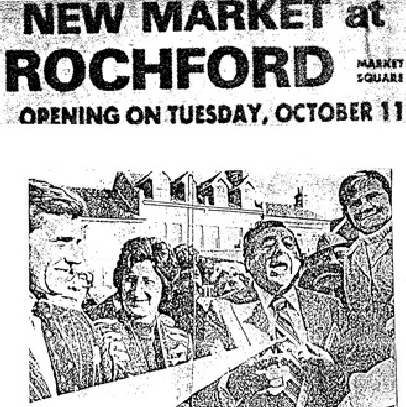 This Tuesday Market, opened for general goods, has survived for the past twenty years.   Certainly, the crowds in Rochford’s now liberated town centre give the Market their full support and, if they continue, this market will remain to enjoy it’s persistent success.